Lost - when you're a leader but don't know it 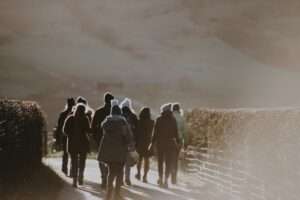 Being lost can be horrible. But imagine being a lost leader, with everyone looking to you for direction and the next steps. Recently, I’ve encountered leaders who are not only lost but don’t seem even to know that they ARE leaders. Trust me, it’s not pretty.

The last couple of years have shed a spotlight on the challenge of leading when the path ahead is uncertain. The twists and turns – and the completely unknowable things – about COVID-19 have placed leaders in some incredibly difficult positions.

It’s not easy being led in uncertainty, either. With the best will in the world, a confident and compassionate leader can’t prevent the team worrying at least a bit about the path ahead. I’ve spoken to a lot of leaders who say they’ve put so much effort into providing reassurance and energy to their team as they have over the past couple of years. This has really grown my personal determination to connect with leaders to help them refresh their energy and renew their purpose – it’s never been more exhausting to be a leader.

But I’ve also encountered a far worse situation – when a leader doesn’t know that they’re a leader.

This has come up more than once in the past month as I’ve been working with people in NHS general practice. Picture the scene – a team have been wanting to change their ways of working and the structure of their practice for two or three years. The three GP partners in the practice ask for help from a change consultant, as they’re frustrated and frankly baffled by the almost total lack of progress. They’re very clear on what the problems are, and they’re convinced action is needed if the pratice is to survive.

But month after month, change hasn’t occured. Discussion after discussion has been held with the salaried GPs, nurses and senior admin staff – but everyone, including the partners, still says they’re not sure where the practice is heading or what they’re supposed to do.

Planning complex change is always challenging, but I think I got to bottom of this one very quickly. The partners in this practice were putting in huge numbers of working hours each week, shouldering a lot of clinical and administrative work. And they took almost every opportunity to talk about the need for change, and ensure everyone knew it was important. But they weren’t behaving like leaders. There hadn’t been an attempt to describe a future vision or direction of travel, discussions hadn’t involved clear appraisal of options for action, and the staff didn’t feel involved in creating plans. The entire team had spent two or three years holding their breath, waiting for the leaders to lead. But the leaders didn’t know they were leaders. It genuinely hadn’t occured to them that people were looking to them to create a vision and shared purpose, and to facilitate commitment to a practical plan of action.

This isn’t about intellectual ability, will or effort. These were clever, committed and hardworking doctors. It was a problem of perspective. They just didn’t see themselves as leaders, so they weren’t behaving as leaders, doing the things leaders do to draw people in and create momentum. 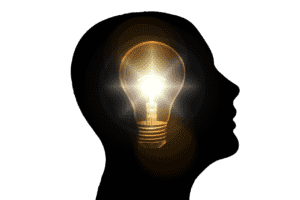 How about you? Do others see you as a leader when you don’t?

Sometimes, just switching our perspective on who we are in this situation is all that’s needed to begin unlocking lostness.