Why change management is a waste of time

“What a strange thing to say? I thought you were a big proponent of change management.”

Yesterday was the third time in fortnight I upset someone by saying I think change management is way less than it’s cracked up to be. Here’s a bit of my reasoning…

I’m going to write about each of these in turn over future blogs. Here’s reason one.

1. If no one commits to your plan, it’s worthless.

Think of a change you’ve been part of in the past year. How much time was devoted to planning it? How much of the plans were to do with WHAT people are going to have to do? In my work with leaders in healthcare, I consistently see that we put a lot of time into planning, and that by far the major focus is on what people should do.

The trouble is, those are the kind of change plans that fall into McKinsey’s infamous 70% of efforts that fail. Why? Because they fail to account for the fact that implementation of the plan will depend on people committing to it. That’s what connects our intentions with our impact – and it’s a piece of jigsaw often left out. 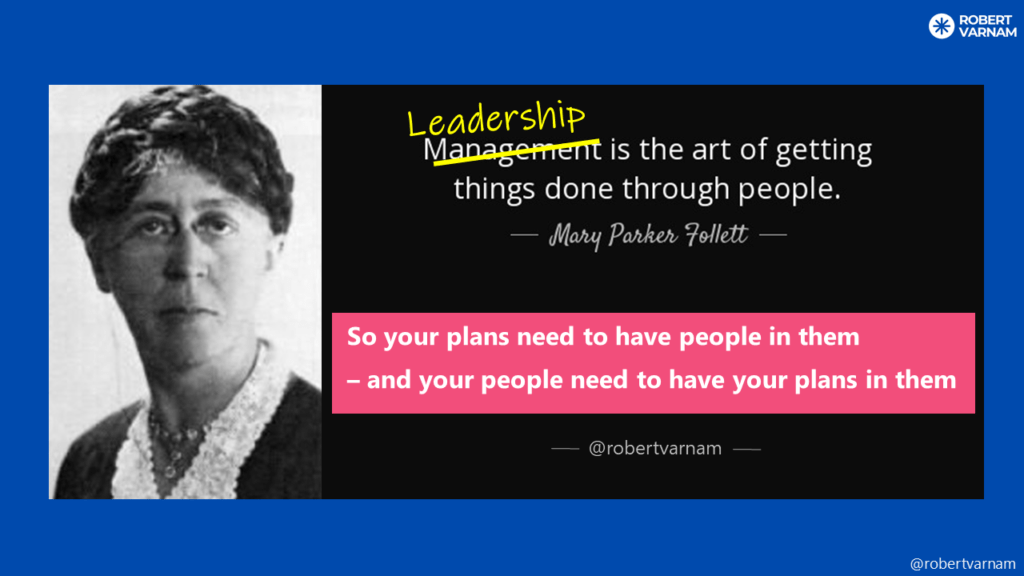 Mary Parker Follett is credited with saying that “management is the art of getting things done through people”. The implication of this is that your plans need to have people in them, and your people need to have your plans in them.

Without a clear idea of how you’re going to engage, inspire and support people to commit to the plan, you’re pratically guaranteed to fail. Many of our plans in the NHS actually require our people to feel and act as though they own the plan – it’s “inside” them. 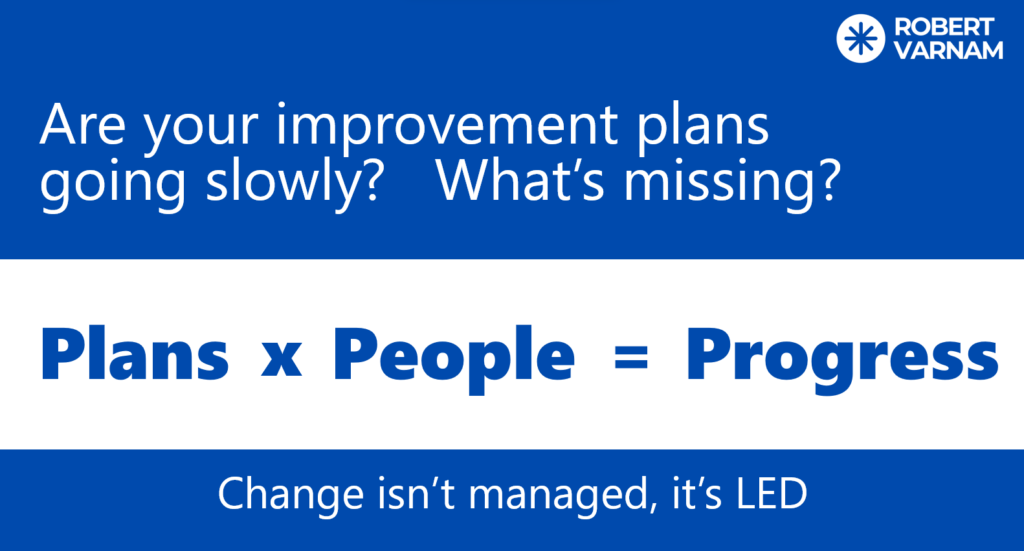 There’s more to follow on this theme. But for now, why not pause for a moment and consider: